After a some gigs and an album (Dirt & Water), we welcomed Ben Margolis (sax – The Peoples Donut), Alex Blinn (Drums), Rob Gilmore (Bass) and JohnMcgregor (Guitar).

After over 4 years as the musical director and co-leader of The HeartSleeves, during which he was a crucial and essential part of keeping the band alive and co-creating and co-producing the album Peripheral People Ben Margolis stepped down as the band's musical director and sax player.  The HeartSleeves owe Ben more than we can ever repay him. He will always be a HeartSleeve and he will always be family.
Current members include Jared (Vocals), Mark Yanowitz (Bass), Jack Cash (Drums), Mike Crutcher (Guitar), Lara Simpson (Vocals). 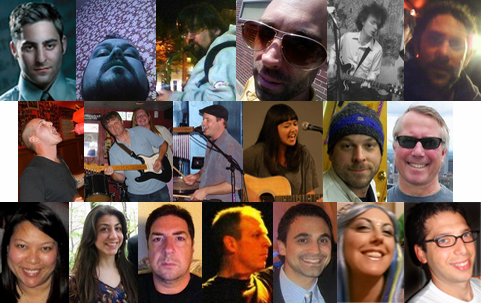